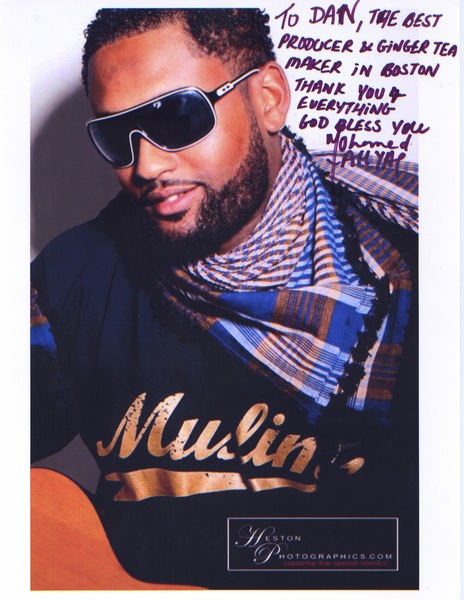 Mohammed Yahya is a Mozambican-born Rapper who was forced to leave his country during civil war. Surrounded by poverty, Mohammed yahya used music and poetry to channel his thoughts, energy and emotion in a positive way. Early influences were from African music such as Kizomba, Funana and Marabenta.

Mohammed Yahya has received a great deal of publicity due to his positive artistic activism and has been featured in BBC, Channel 5 news, Islam Channel, Peace TV, Channel U just to name a few TV stations as well as respected publications such as : New Nation newspaper, Hip Hop Connection, Platform Magazine, and Emel. His music has been played across the world and he has been invited to perform in England, Scotland, Morocco, Mozambique, Norway and Sweden. He impressively delivers soulful street poetry with hair raising honesty in both Portuguese and English allowing him to reach a wide audience across the world.