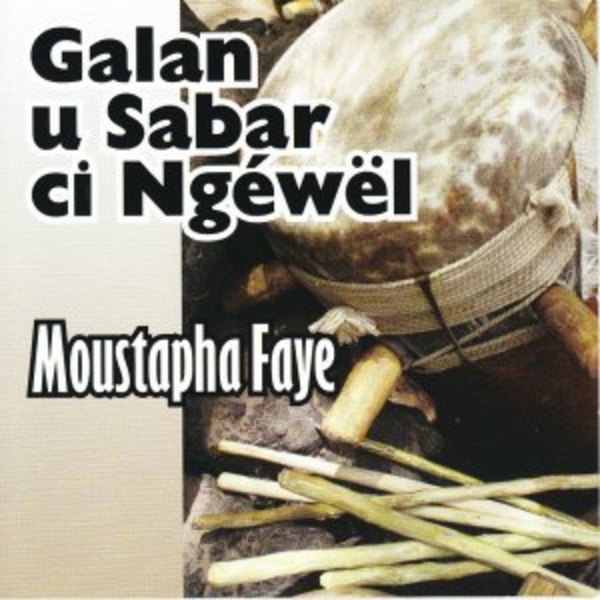 Galan u Sabar ci Ngéwël is Moustapha Faye’s first recording under his name. It was released in November 2009 during his residency as a Distinguished Visiting Scholar at Suffolk University in Boston, MA and is a true representation of his skills.

His knowledge of the géwël tradition and his abilities as a musician is evident on this CD. All of the pieces are traditional but the arrangements are all Tapha’s. The musicality and distinctiveness of each rhythm is clear yet their connectedness to a larger whole is always in evidence. Beginning with Tagumbar, “the first rhythm to be played,” the eight selections on the CD also serve as a document of the géwël tradition. The significance of each rhythm and arrangement is wonderfully explained by Moustapha in the liner notes.

Moustapha pulled together an amazingly talented group of musicians to play on this CD. Some of the musicians were from his generation, but many of them were his nephews, members of Sing Sing Juniors, who Moustapha trained as they were growing up. The familiarity of the musicians with one another (they are all family) enabled them to play the arrangements flawlessly, with a powerful elegance and musicality. The results, captured on this CD, are amazing.

The CD is presently available at CDBaby.com (http://www.cdbaby.com/cd/MoustaphaFaye), in CD or digital form. Also available from the Géwël Tradition Project ($15.00), which can be reached by leaving a message at this blog site or at siphob@singsingjuniors.com.

These are as few photos from the recording session in Dakar.